This is my review of the tier 10 russian TD the Obj 263, with the glorious nickname of 'Stalins Sandle'. Many describe this tank as a fast JagdTiger, I would have to agree with them.

First off lets talk the gun. It is a 130mm gun, It has the lowest damage per shot of all tier 10 TDs at 550 but dont let that scare you from this beauty of a tank. The second lowest pen at 290, which is still pretty high so not an issue at all.
Accuracy is phenomenal, .31 with high shell velocity gives you a laser, hitting weakspots at distance is easy. Aim time is an above average 2.50 with reasonable dispersion stats on the move, so you can take snapshots while driving regularly.
The tank has 5.45 RoF with 550 alpha so 2997.5 dpm before equipment, crew or consumables. Thats a very impressive number.

The mobility
It has a 1050 hp engine and weighs 60 tonnes. Giving it a pretty good 17.5 HP/T ratio. A top speed of 55 km/h. This is the TD that will keep up with mediums.
Traverse is great for a TD too at 32 deg/s making it a very hard tank to circle to death.
And a stat you never think of but can be very useful, reverse speed. One of the special abilities of the 263 is a higher then normal reverse speed of 20 km/h.
And because the 263 goes fast and weighs alot it is an extremely effective rammer.

The armor, oh boy the armor. This is the part that surprises everybody. Frontally it is one of the most well armored tanks in the game, but the sides and rear are made of wet cardboard.
Unless you are a tier 10 td or spamming gold there is only three weakspots, the lower plate and the edges around the gun mantlet and a small strip where the turret ring would be on most tanks. The mantlet itself has around 280mm of armor, which makes it pennable but very resistant.
Hiding the lower plate vs most tanks you are nearly invulnerable at distance.

As you can see the upperplate and superstructure are surprisingly well armored, just never shoot these unless its tier 10 TD gold or you just feel lucky.

You have to be careful around tall tanks in close quarters though, they will have the ability to shoot your engine deck or right into the open crew compartment.

Misc info.
The 263 has slightly above average camo so while it can play a typical TD role it cannot stay invisible like its brother the 268.
It has above average view range at 410m, often allowing you to outspot other tanks.
Health is 1900 so on the low side, avoid trading health.
The tank is open top so watch out for arty and avoid backing up hill exposing your compartment.

Being an open topped TD your equipment selection is limited for sure. I went for a more aggressive selection of Rammer, GLD and Optics. If you dont feel comfortable being aggressive you can switch to binocs.

For consumables I went with Large Med Kit because HE shells love to kill crew, Small Repair Kit because the gun and occasionally the ammorack are the only modules that ever take damage and a Large Fire Extinguisher because the frontally mounted transmission at the lowerplate.

Crew skills
To start out I went for the basics of SS, BIA, Camo and Clutch breaking.
After I made sure to go for Repairs and Track Mechanic so I never have to use my repair kit on tracks.
My next two are going to be Armorer because the gun likes to get damaged and off road driving to give even better mobility on bad terrain.
After that finish off the camo skills and safe stowage then firefighting skills.

The obj 263 carries 42 rounds, which is more then adequate for all matchs with over 23,000 potential damage.
I reccomend having mostly AP rounds (25-30) with a couple premiums (5-10) for tough targets and fill the rest with HE. Change it up as ya go but thats what I reccomend to start with. I currently sit at 24/14/4 but have yet to come close to running out with any ammo types.

Playstyle
The 263 is unique that it can play like a medium, heavy, or TD. If your team doesnt have armored heavys you can hold the frontline with a little bit of cover, if your team has alot of spotters you have an excellent sniping gun. And if your team needs and aggressive flanker or spotter you can do that job too.

I will typically rush to the heavys spots early and try to secure the location till team shows up, after that I will look at the map and decide to either flank or fall back and put the dpm to work at range where you can stay unspotted.
Late game you are a king, you have the armor, mobility and dpm to win a 1v1 with most tanks in the game, or the speed and view range to spot those lone campers. The most important part is to never overextend, you have weak sides that are riddled with crew and modules. You do not want these hit. Lower plate covered at all times.

Summary
The 263 is not the typical TD, it doesnt deal the absurd damage the others will but it has many other abusable properties that will help win games. Not a beginners line, it does require skill to excel with.

Eventually I will review the entire grind to the 263 but not today.

You've even got me regretting my scrapping of the SU-100M1 and stopping the grind dead in the water. 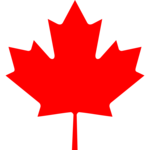